Indie Dog is a four-piece indie rock band from Johannesburg, South Africa. A transfixing mix of rock, blues, funk and folk that will leave you wanting more. Having only formed in early 2018, Indie Dog is already spreading like wildfire. They’ve rocked the house in all the major venues in Gauteng and KZN as well as some festivals (White Mountain Festival, Lusito Land Festival, Bring Back the Rock, etc.) and have performed and been interviewed on various media outlets such as Balcony TV South Africa, The Couch Sessions SA, PockitTV, Kovsie FM and Mix FM 93.8. 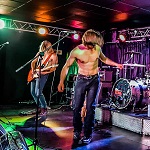 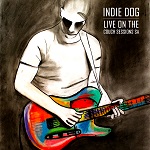